Easing Traffic on the Peace Bridge

The Peace Bridge recently completed a $100M rehabilitation project, resurfacing the three lanes of the bridge, one at a time. During the resurfacing project, only two lanes were available with no reversible lane to provide surge relief.

As vehicles cross the bridge and enter the U.S., they approach the CBP Primary Inspection booths. Bridge officials were concerned that vehicles waiting for Primary would back up onto the bridge during resurfacing, and without a relief lane available, traffic backups would create safety hazards as well as a drain on the cross-border economy.

The Solution
Bridge officials recognized the need for a highly-accurate imaging system to identify commercial vehicles so they could determine whether or not the pre-filing paperwork had been completed. They engaged Perceptics to deploy License Plate Readers (LPRs) and Vehicle Occupancy Imaging Systems (VOIS) to capture both vehicle and driver identification. The LPRs captured license plate data from the approaching tractor-trailers, which was then run through U.S. government systems verifying all paperwork on the vehicle had been submitted properly. The VOIS captured high-resolution images of the inside of the cab, which were then sent to a back-end facial biometric recognition system to confirm that the driver’s identity matched the commercial driver’s license and other permitting information that a jurisdiction had on file.

A “Pre-Arrival Ready” tractor-trailer received a “green light” and was able to continue on knowing that CBP Primary already had the information required for Customs processing. If any paperwork was missing, the truck would get a “red light” and was directed to a staging area to complete an eManifest and ensure user fees were paid before reaching CBP facilities on the U.S. side.

The Results
The number of “unready” trucks receiving a “red light” during PARE operating hours was reduced by an order of magnitude, dropping from hundreds of trucks at the initiation of the PARE program to just dozens.

For trucks that were “Pre-Arrival Ready”, readiness verification times were reduced from minutes for manual confirmation, down to mere seconds with an LPR-based validation conducted while the truck was still in motion.

Identifying trucks as “ready” or “unready” prior to crossing the bridge helped maximize efficiency of CBP Primary processing and the number of “unready” trucks reaching CBP Primary inspection on the U.S. side of the bridge during PARE operating hours was reduced from hundreds down to near zero.

U.S. Customs and Border Protection has relied on Perceptics high-performance imaging systems to safeguard U.S. borders for nearly 40 years. Perceptics systems are trusted by DOTs, law enforcement, and tolling authorities all over North America due to their high accuracy, low error rates and hardware durability. Ask us today how PARE can expedite cargo processing at your facility. 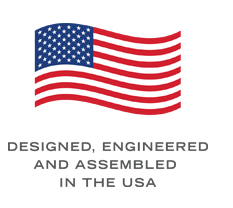